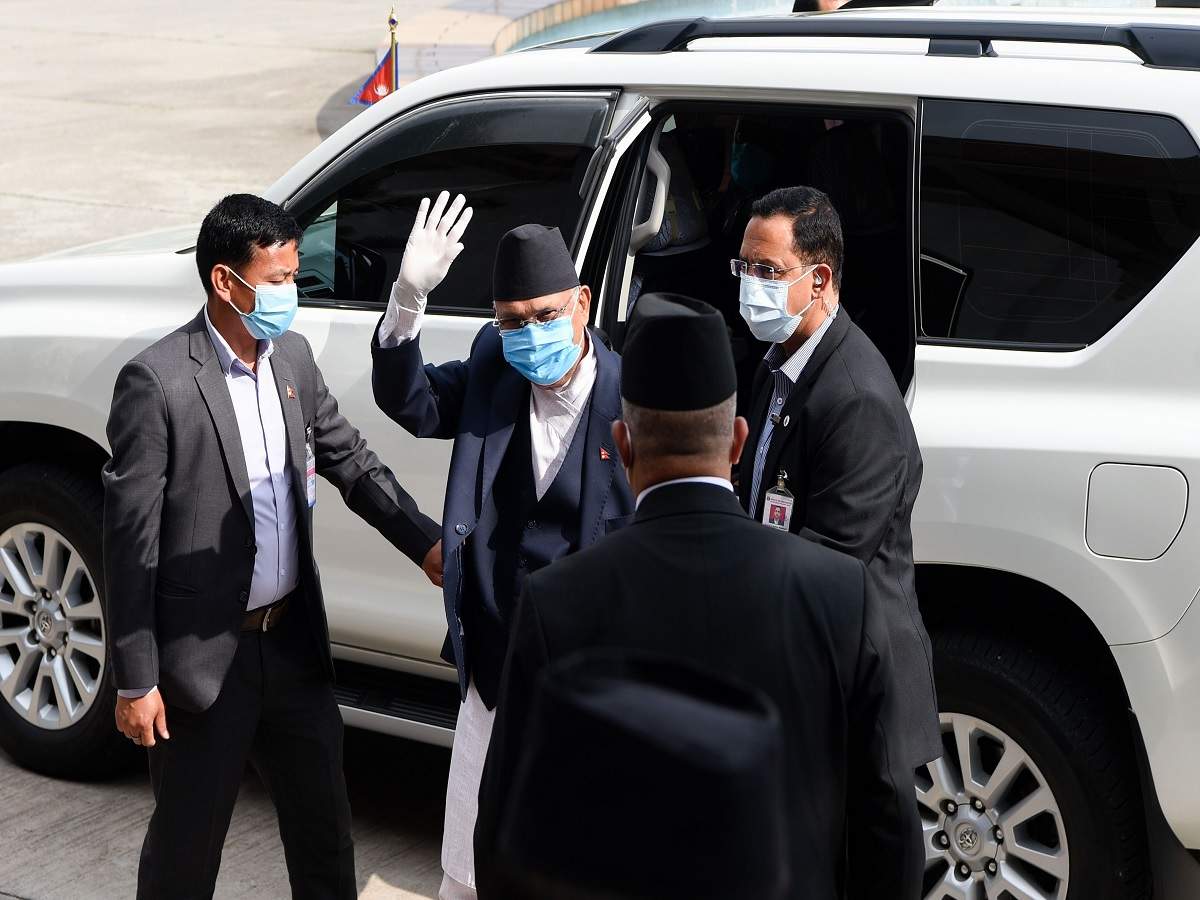 It will be the first tour of Prime Minister Oli out of capital Kathmandu since he had a kidney transplant, his secretariat has confirmed.

Despite the unfavourable situation created by COVID-19 pandemic, Satluj Jal Vidyut Nigam has announced the completion of 40 per cent on-site work till date.

“We are able to achieve progress only because we have been doing our work round the clock. Currently, the works are being done in two phases: Dam side and the powerhouse. Water diversion through the tunnel also has been successfully conducted,” Ramesh Chandra Suleriya, the Deputy General Manager of the company told in a telephonic conversation.

The company has planned to move ahead with construction of dam after completing tunnel which measures, 11.7 kilometres. The project has set the deadline of 2022 for its completion.

Arun-III, undertaken by the SJVN, India, has been pledged with an investment of NRS 100 billion during its financial closure in February.

Everest Bank and NABIL Bank from Nepal agreed to provide debt of NPR 1,536 crore for the project whereas 5 Indian Banks, State Bank of India, Punjab National Bank, Axim Bank, and UBI have pledged NPR 8,598 crore for the same.

Total debt tied up with banks is NPR 7,860 crore plus NPR 2,274 crore as stand-by line of credit. The SJVN Arun-3 Power Development Company Pvt. Ltd incorporated for construction of the project on 25 April 2013 will be investing approximately NPR 11,000 crore in Nepal over the next 5 years.

Enlisted as one of the National Pride Project of Himalayan Nation Project Development Agreement (PDA) for construction of the project was signed between SAPDC and Investment Board of Nepal on November 25, 2014.

Before the financial closure, SJVN has completed other works such as Private Land Acquisition, Environmental Impact Assessment Studies, Leasing of Forest Land, Initial Environmental Examination (IEE) and many more.

The total investment of the project is estimated to cross Rs 115 billion, including Rs 11 billion for the development of the transmission line.

With the completion of the project, Nepal will get 21.9 per cent of the total electricity produced in a year i.e., 197 MW electricity with 86 crore unit for free in a year.

The Peaking Run-of-River Project Arun-III has 3.65 hours of minimum peaking capacity jointly inaugurated by Nepal and Indian Prime Ministers on May 2018.

A high head, run of the river scheme with storage capacity envisaged for installation of four generating units of 225 MW each gives the project a total installed capacity of 900 MW. The estimated cost of the project to be completed within 5 years stands at 1.04 Billion Dollars which would produce 4,018.87 million units of electricity a year.

It is being developed on a build-own-operate and transfer (BOOT) basis by Satluj Jal Vidyut Nigam (SJVN) Arun 3 Power Development Company (SAPDC), a joint venture of the Government of India and the Government of Himachal Pradesh.

The SJVN have signed a Memorandum of Understanding (MoU) for the execution of the project with the Government of Nepal in March of 2008.

The SJVN will operate the power plant for a concession period of 30 years, following which the ownership will be transferred to the GoN. It will provide 21.9% of free power to Nepal during the concession period.

The project is expected to generate 3,000 jobs during construction in India and Nepal together. (ANI)